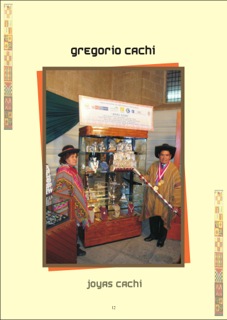 Gregorio Cachi is 87 years old and lives and works in Cusco, Peru.  He  is   an UNESCO award winning silversmith using traditional colonial techniques and tools to produce his beautiful pieces from 950 silver. Gregorio has 5 daughters who also are talented silversmiths.  He works with his daughter, Hilda in their taller in Cusco.  Together they produce our tupos and traditional pieces.
[Show slideshow] 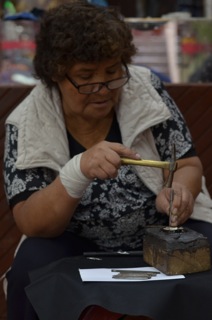 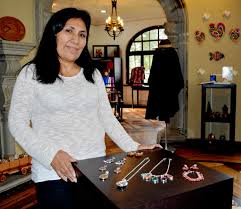 Sonia Cachi is a silversmith from Cusco, Peru. She is the sister of Hilda Cachi and the daughter of Gregorio Cachi talented artisans who make traditional jewelry for us.   She has her own workshop located in Lima, Peru, where she creates traditional and modern designs by hand. Sonia does the modern designs for EPC. 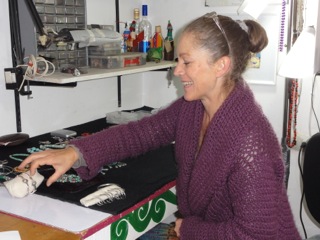 Bethania de Ugarte is a silversmith from Pisac, Peru. Born in San Blas, Cusco, Bethania now lives in Pisac with her husband and 4 children.  Bethania designs and makes all her silver jewelry from 950 silver.  She shares her studio with her father who is also a talented designer and jewelry maker. 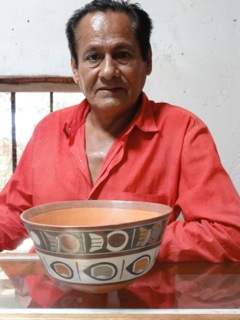 Alberto Segura is a ceramist from Nasca, Peru. He created our ceramic bowl, sculptures, and whistles from Nasca (folk art page).   Sr. Segura uses the techniques of the ancient Nasca Culture.
[Show slideshow] 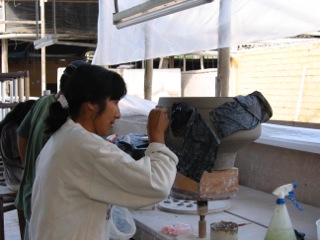 Jallpa Nina Ceramics,  located in Lurin, Peru,  was founded by Marilyn Lizzarga.   Jallpa Nina welcomed me with open arms in January 2002, when I arrived with a couple designs and a baggie with a clay sample.  All my designs are made by hand using high fire stoneware and fired to cone 10 in gas kilns.  Marilyn is a ceramist and  their talented team includes ceramic artisans from all parts of Peru.
[Show slideshow] 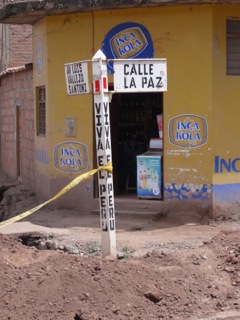 Association of Viva Peru, in Cusco, Peru is a group of  5 women knitters,  organized by Libia Zarate of Viva Peru.  Libia first started to knit as a teenager to help support her family.  As her own children became teenagers and independent,  Libia started to organize the women in the neighborhood and they shortly became an association.  The women work together in the mornings at Libia’s taller,  they work at home in the afternoons which enables them to cook for the family and be with their children. 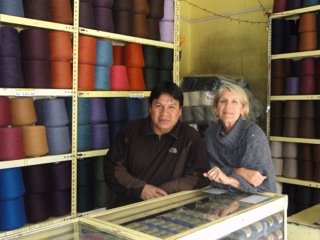 While some of our artisans use their own alpaca yarn, for all our  hand knit sweaters, we collaborate with Michell Yarn located in Cusco, Peru.  Michell supplies the highest quality  alpaca yarn available.  Based in Arequipa, with acres and acres of land in Puno, Michell has its own herds of alpaca.  The animals roam free and are happy.  They are sheared once a year, usually in November.  Alpaca are treated humanely in Peru and by Michell.  The animals are revered and there is usually a ceremony honoring and thanking the animals before they are gently sheared.  These are the guys that help us along with Libia Zarate of Viva Peru.
[Show slideshow] 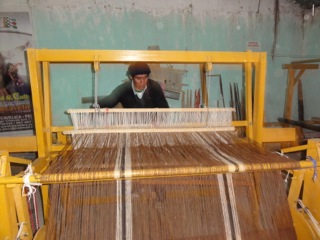 Gregorio Enriquez Taipe is a weaver from Huancavelica, Peru.  Gregorio works with his son and wife at their taller in Yauli, Huancavelica.  The family has its own alpaca herd and produce their own yarn for their products.  In addition to being a weaver, Gregorio is an accomplished and well known scissor dancer.